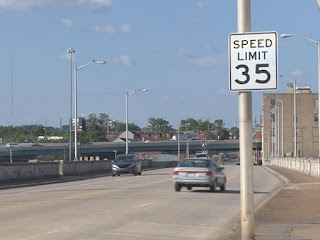 Get ready for a major change in traffic patterns in North Knoxville.


The Tennessee Department of Transportation (TDOT) is making plans to replace the Broadway viaduct that spans the Norfolk Southern rail yard just north of downtown.

Broadway between Jackson and Depot Avenues will be out of service for approximately 30 months, starting sometime in the first half of 2017.

You cannot simply blow up and drop a four-lane, steel and concrete bridge on an active rail yard.

Instead, the TDOT contractor that wins the bid for this project will have to dismantle the massive structure piece by piece. Sawing off and removing each piece with a crane will take time. Work will be halted by passing trains. Utilities will need to be rerouted.

TDOT is putting the finishing touches on agreements that need to be in place before it can issue a request for bids to replace the bridge. It is negotiating final easements with Norfolk Southern.

The agency is preparing to make offers to some of the tenants of the Southern Glass Building condos for their loss of parking during construction. And TDOT and the City are discussing use of city-owned land on W. Jackson Avenue for a staging yard during construction.
Posted by Mike Donila at 1:53 PM