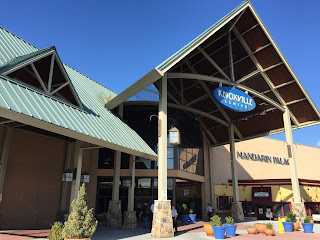 One of the new owners of the recently purchased Knoxville Center mall said Monday night his investment group wants to create a thriving retail and residential hub for the eastern part of Knox County that will include walking trails, specialty shops, restaurants and outside entertainment.

They also want to change its name back to East Towne Mall.

However, officials said, rehabbing the 30-year-old building won’t be easy.

“The mall is a giant project that has had lots of problems for a long time – at least 15 years – and we don’t think it will be fixed overnight, and we don’t think we have all the solutions,” said Brant Enderle, a member of Knoxville Partners, LLC, which has ties to the area as well as Minnesota.

He added: “We’re not set in what’s going to happen – we don’t have any grand plan drawn out on paper. We don’t have any strong preconceptions. We have an idea of what’s wrong . . . and our expectation is that between here and December we just have to improve things so the existing tenants have a good Christmas.”

His comment came before a crowd of roughly 150 people who turned out at New Harvest Park to provide input on the mall’s future.

More: Mall sold for about $10 million

He added that already the new owners are looking into landscaping, lighting and fixing the escalators.
In addition, Enderle said, investors have reached out to 1,500 retailers and the mall’s current tenants and “had very positive feedback” from them.

“I don’t get to choose who the tenants are – they choose us,” he said. “I’ve got to sell the location to them. Sell the community to them and sell to them what we are going to do to fix it.”

The mall near Interstate 640 and Millertown Pike opened in 1984 as East Towne Mall and featured more than 80 shops and a series of anchor stores. Simon Properties owned, managed and operated the mall until 2014 before turning it over to WP Glimcher that year

Like many malls across the country, foot traffic at Knoxville Center has diminished immensely.
The mall currently operates with three anchor stores, including a Sears, a handful of specialty shops and a couple of restaurants.

The parking lot, which can hold thousands of cars, is typically mostly empty.

Enderle’s group so far has spent $12.5 million on the 964,000-square-foot site and on Dillards, which he expects to close on in late December. The county appraised the property at $31 million.

Enderle said he is meeting with engineers, architects and local leaders and going through 1,000 emails regarding what they should do with the mall.

He said they have approached Macy’s but don’t expect the retail giant to relocate to the mall. But, he said the current anchor stories – Sears, J.C. Penny and Belk – are “excited.”

He said they’d like to place condos, apartments and a hotel on the mall parking lot. In addition, he wants to work with the University of Tennessee to add medical offices.

Enderle also addressed criticism that tied him and his wife to several failed projects that include multiple liens and lawsuits, including an unsuccessful attempt to bringing a Wild Wing Café to the downtown Kress Building.

Enderle said he’s invested $2 million in construction in the Kress Building and his first tenant moves in Oct. 1.

Overall, he said his various companies have 300 tenants, 43 projects and 10 operating businesses. He added that lawsuits in the business world are common.