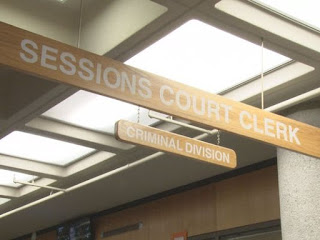 Knox County leaders on Monday will lay out the details to a new pilot program that gives local judges the power to offer community service - rather than issue stiff fines and fees - to thousands of indigent defendants.

The state legislation was approved earlier this year, but is unique to Knox County. It will sunset July 1, 2018.

At that point, lawmakers will determine if it was successful and whether to implement it statewide.

“In the past, the people convicted of various crimes that involved a fine could claim poverty and the judge would dismiss them, so technically you would get off scot-free,” said state Sen. Richard Briggs, who sponsored the bill in the Senate. “Well, you can still claim poverty but the judge has the option to issue community service as part of the punishment to pay back the debt to society.”

The bill gives Knox County Criminal Court Clerk Mike Hammond the power to implement the program. Once the defendants are referred to his office, the clerks can determine whether the defendants qualify and – if needed – monitor their progress.

Hammond will talk more about the program during a news conference Monday morning.

"As we roll out the program we will have three providers who will help out, including solid waste, KARM and the Lending Angels, who are a group of nurses who help identify the needs of the elderly and may have specific needs for carpenter skills," Hammond said. "This program will be the first of its kind in the state."

The review, in part, found that a handful of homeless, indigent defendants were responsible for court debts of more than $750,000 - a figure that court officials readily admit the men could never pay.

“There was a lot of enthusiasm from the Legislature about this bill,” Briggs said. “Hopefully it will be successful.”
Posted by Mike Donila at 9:22 AM