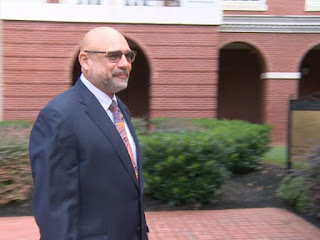 Communications Director for the Tennessee Department of Treasury Shelli King told 10News on Wednesday that a review determined the benefits Armstrong earned while serving for more than 25 years state legislature were not subject to forfeiture in this case.

King previously told 10News "the maximum benefit it would be approximately, $2,400 per month based his years of accrued service, $28,900 annually."

A memo detailing the review revealed that the tax evasion offense occurred outside his official capacity as a state representative and therefore didn't constitute malfeasance in office.

A jury in August found the long-time East Knoxville Democrat guilty of filing a false and fraudulent tax return, but declined to convict him on two other charges - conspiracy to defraud the United States, and attempting to evade and defeat taxes.

Last month, a federal judge denied Armstrong's request to toss out the conviction or at least grant him a new trial.

His sentencing is set for Nov. 30.

One month after the conviction, Armstrong officially retired.
Posted by Mike Donila at 2:10 PM