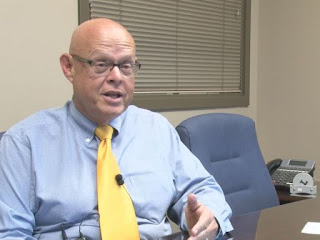 I was talking with Knox County Criminal Court Clerk Mike Hammond this morning and he said he will not run for county mayor.

There had been some rumors that he would.

Instead, Hammond said he will either run for criminal court clerk again or for the circuit court clerk's gig.

Knox County Mayor Tim Burchett is term-limited. His current and second term ends in the fall of 2018.
Posted by Mike Donila at 8:07 AM