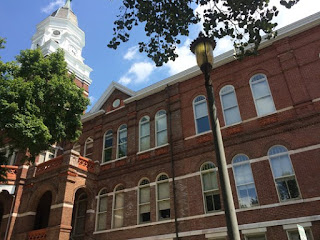 It’ll be up to Allen to see if she wants to press charges thru a grand jury.

"I leave it up to the DA as to what they want to do," he said. "When I see an apparent violation of the law, I'm not sitting on it. I consider it voting fraud."

In one case, Rodgers said, a woman admitted she’d voted when she was a convicted felon, which is against the law. The woman told Rodgers on the phone she'd been convicted of a felony more than 20 years ago, but didn't think that was relevant to her voting in 2016.

Under Tennessee law, however, it's relevant.

In another case, Rodgers said a man voted in Knox County even though he’s lived in Loudon County more than a year. The man's wife acknowledged they lived in Lenoir City; the husband, however, was in the voting booth casting his vote at the time.

Under state law, you are required to vote in your county of residency.

Rodgers did not disclose the names of the two voters.

Such potential violations are felonies in Rodgers' view. Rodgers said he's turned over other potential fraud cases, although he didn't recall having one come up in the August election.