Local spin control out of control 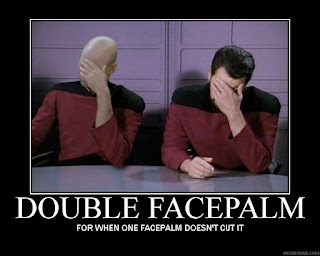 I'm in the media, yeah, but I'm also a member of the public. So, when a county or city employee who works in public relations, media relations, communications, or whatever you want to call it pulls the whole not-my-job-crack-head-attitude, then that's not an affront to just me, but also to the public.

So, couple of recent episodes detailing what you get – or not get – if you want information for your coin.

Let's start with a primer that probably hasn't been explained before. The county  actually has couple of PR specialists, although mostly folks just talk to Michael “Big Sexy” Grider because, quite frankly, he's heads above the rest of the overpaid talking heads we've got. That's not me sucking up. That's just the truth. You call Grider, you get an answer (it might not be correct, but it's an answer). He sets up interviews if needed and he returns calls – even when he's not working.

In fact, he typically gets you whatever you need, on or off the clock. I get my money's worth out of the guy, and most folks in the media will agree. That's why he's Big Sexy.

Sooooooo, on Friday after lunch I needed to get some inform from one of the PR folks who is not named Grider but is in charge of a major county department.

Me: “Hey, I'm checking on a dollar amount for something that should be in the budget, but I can't find it. I'm wondering if you can help me with this. It's for your department.”

(Obviously, I was way more specific.)

Me: “Yes I get that you probably won't know it off the bat, but I was wondering if you could help me find it.”

I guess when you make $65,600 a year, these kind of questions are beneath you.

By the way, the grossly underpaid Big Sexy got me the answer. Should have called just him in the first place.

Ok, second incident. This one way a few weeks back and involves the city's spin department.

I wanted to check whether a road that runs through a city neighborhood was actually a city-owned road or a private road. (I don't recall the name of the road but it ended in “Way” so for this discussion we'll pretend it was called “Death Star Way.” Why not?)

So, I call up one of the city's PR people. (I'm trying not to use names here because I'm a nice guy. And because everyone knows who I'm talking about anyway.)

Me: “Hey, I'm trying to check on whether this road is a city road, blah, blah, blah (and tell my story).”

Response: “Yeah, I'm not working right now. Call (so and so). They'll help you.”

I call that person's boss. And I ask that person whether they can find out if Death Star Way is a private road or a city-owned road. I give my whole spiel, details and all.

Response: “Is it in the city?”

Response: “Where in the city.”

Me: “Yes, it's in the city. Seriously.” (I go on to explain exactly where it's located.)

Response: “Oh, I think I know where that is.”

Me: “You should, it's just down the street from where Mayor Rogero lives.”

Response: “OK, give me a couple hours and I'll get back to you.”

Well, about 30 minutes later I'm on the phone when the flack gets back to me and leaves the following message:

“Mike, I checked for you and, yes, Death Star Way is in the city.”

I immediately call back the person: “Hey, it's Mike, I know Death Star Way is in the city. I told you the road was inside the city – I told you that three or four times. I want to know whether the city owns the street.”

I never head back. In fact, I'm still waiting, but just the fact that my call was initially returned was a surprise in and of its itself.

Apparently, when you make $110,000 these kinds of questions are beneath you.

Now, I really wanted to know whether this road was public or private.

I call, and, again, ask the question: “Can you help me find out if Death Star Way is a city-owned or private road?”

Response: “Sure, I'll check. It will take me five minutes. But, typically when a road ends with 'way' it's going to be private.”

Wow, already, she knows more than someone probably making three times her salary. But isn't that how that how it always is?

The operator comes back a few minutes later and says that in fact it was a private road.

Now, there is no moral to these stories.

Although a skeptic might mumble something about the Peter Principle.

Just FYI, I'm pretty sure private streets are indicated on the city ward map on KGIS, so if you ever need this kind of info again, you might start there.

OK, thanks. I'll check it out.