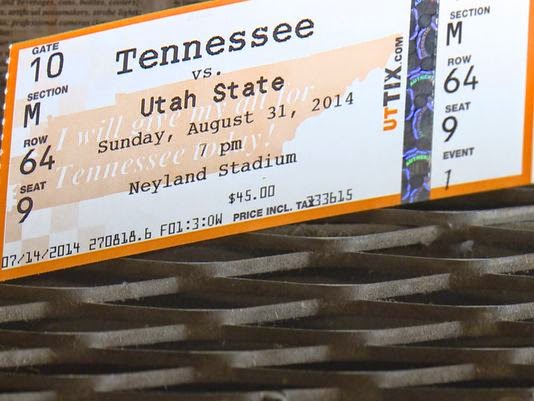 In just a few weeks it will once again be "football time in Tennessee." Season tickets for the University of Tennessee's upcoming season have already been mailed and proudly display the phrase

"I will give my all for Tennessee today" that comes from the iconic sign that hangs outside the Vols' locker room.

However, when you buy a ticket to see UT football, men's basketball, or the Lady Vols, you do not give all of your money to Tennessee. That's the case today or any other day going back to the 1940s when the state passed an "amusement tax" that adds five percent to the price of UT home games in football and basketball. The tax also applies to almost all movie theaters in Knox County (an exception was given to theaters in Downtown Knoxville).

The five percent tax is split between the City of Knoxville and Knox County. The county's portion of the tax is relatively small, only half a percent. The other 4.5 percent goes to the city.

Now Knox County Mayor Tim Burchett says the county can do without its share of the tax.

The Knox County Commission will discuss repealing its collection of the tax during a work session on August 18. Burchett says he would like to see the tax phased out over a couple of years.

Read the complete story RIGHT SMACK HERE.
Posted by Mike Donila at 8:30 AM