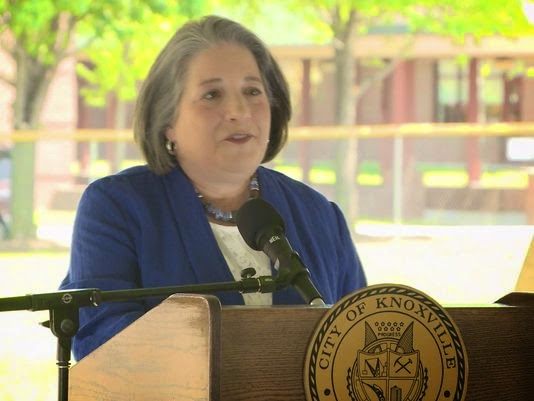 Mayor Madeline Rogero today joined Mayors for the Freedom to Marry, a national organization of mayors who support marriage equality for same-sex couples. More than 500 mayors in 45 states have already joined the organization. Mayor Rogero is the second mayor in Tennessee to join, after Mayor Karl Dean of Nashville.

“As mayor, I have always said that Knoxville is a city that embraces diversity, and respects and values all of its citizens,” Rogero said. “That is why I am happy to join Mayors for the Freedom to Marry, along with Nashville Mayor Karl Dean and more than 500 other mayors across America. The right to public and legal recognition of a committed, loving relationship is fundamental to individual dignity and happiness.

"I believe the day is coming soon when that right will be affirmed for all Americans, across all 50 states. I stand with my fellow mayors in support and anticipation of that day," she added.

You can find the entire news release RIGHT SMACK HERE.
Posted by Mike Donila at 1:00 PM