Forget Tina! Mayor and Superintendent ready to duke it out over secretary 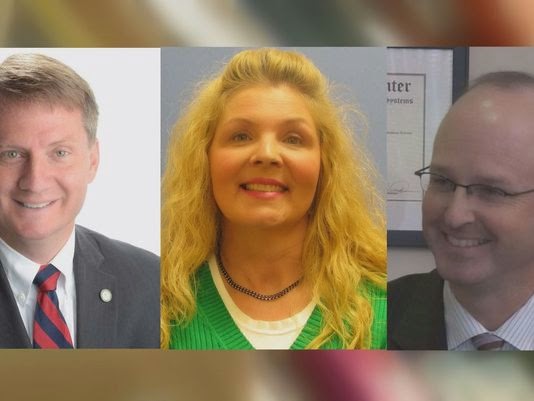 Jim versus Tim! Put 'em in a cage! In the center of Neyland Stadium!

Knox County Mayor Tim "Big Foot" Burchett and Schools Superintendent Jim "Slim" McIntyre have gotten into a battle of words over Tina Needham, the school secretary who's been on paid administrative leave

"The mayor stands behind his entire statement and believes as the general public does that every question raised remains relevant."

Early in the day, Burchett issued a press release that accused the Board of Education and the superintendent for creating the "mess" that has led to Tina Needham getting place on paid administrative leave for more than two years.

He noted that school officials, particularly McIntyre, blamed the matter on the county's Law Department, when the "school system employment decisions are the responsibility of the superintendent and school board, not the law department."

An hour later, the superintendent issued his own statement, saying that he found it "appalling" that Burchett commented "purely out of ignorance."

You can find the complete story RIGHT SMACK HERE.

I'm thinking that if I'm Tina Needham, I might go ahead, take whatever settlement is offered and run!
Posted by Mike Donila at 12:18 PM