The state released county employment rates for July 2014. They showed an increase in 86 counties, a drop in five and nothing for the other four. You can find specific information RIGHT SMACK HERE. 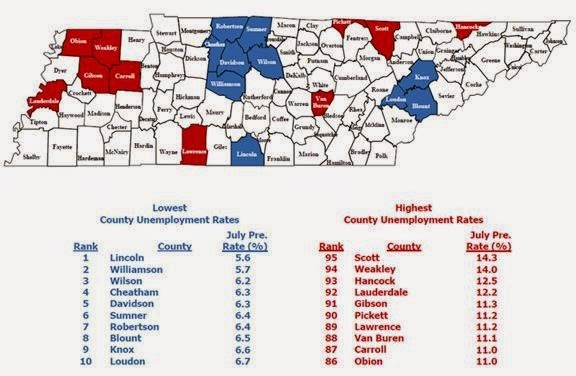 The state and national unemployment rates are seasonally adjusted while the county unemployment rates are not. Seasonal adjustment is a statistical technique that eliminates the influences of weather, holidays, the opening and closing of schools, and other recurring seasonal events from economic time series.