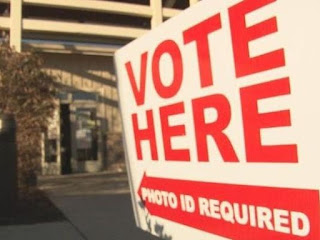 There appears to have been more local enthusiasm during Barack Obama’s first run for president than this year’s contest between real estate mogul Donald Trump and former Secretary of State Hillary Clinton, based on current Knox County voter registration numbers.

As it stands, the Knox County Election Commission has registered almost 9,100 new voters since the last election in early August and through Sunday.

But, in 2008, the county’s election commission added 21,064 newly registered voters to the books during the time between August of that year and the following November when Obama, a Democrat, because the nation’s first African-American president, defeating Senator John McCain.

During Obama’s re-election bid four years ago when he beat former Massachusetts Gov. Mitt Romney, the county’s election commission added 10,552 newly registered voters between Election Day that November and the county’s previous election that year, which also was in August.

Although Cliff Rodgers, the county’s elections administrator, said he doesn’t expect this year’s registration numbers to catch what might have been a record-setting cycle in 2008, he does feel they will pass the 2012 numbers.

“We’re already close, so I do think we’ll get there,” he said. “I think what we saw was that so many people waited until the last minute to register. Four years ago it was heavy and constant, but this year we got hit late.”

The deadline to register for the Nov. 8 presidential election was Oct. 11, however residents could mail in applications, so long as the forms were postmarked by Oct. 11.

That means, local election leaders are still adding new names to the books.

“We registered over 350 voters at the front counter on Oct. 11, the last day to register,” Rodgers said. “My staff said that was the most they could ever remember on the last day of a registration deadline. And we have thousands yet to be processed (even) after working over the weekend.”

Rodgers said his office on Friday received 1,700 applications sent through the mail.

His staff will more than likely still be going through and verifying some of them up until the days just prior to Nov. 8.

“We have several thousand we are still working through in the front office,” Rodgers added. “What’s slowing us down is the number of folks who forget to check a box above their name. Or we have a huge stack of people who checked that they were felons. We’re assuming they’re not. We reject it and then they have to come back down to fill out of a form that says ‘I’m not a felon’ or file an appeal.”

With just 22 days before the election, the county has 235,867 active registered voters.