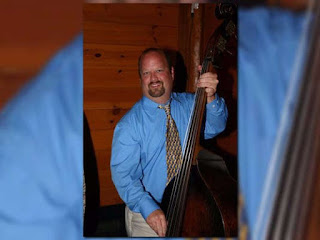 Randy Stephens was a good guy. You can watch a video WBIR 10News put together HERE. The following is a story Tonja Burke wrote:

It's a difficult time at WBIR.

We are mourning the loss of our co-worker and friend, Randy Stephens, the man literally responsible for keeping WBIR on the air, but so much more.

Randy, who was 49, died suddenly over the weekend of an apparent heart attack, leaving his family and friends in shock and a giant hole in all of our hearts.

Randy came to WBIR from WATE in 2001 as our newsroom operations manager. In that role, he was in charge of keeping everything from computers to cell phones in working order. You probably saw

Randy over the years, at the wheel of WBIR's satellite truck as he traveled to cover breaking news, special events, or Live at Five at Four road shows.

In 2015, Randy was named WBIR's Director of Technology and Operations, using his expertise to ensure that the station's technology, building, and equipment was in working order.

Randy loved his work at WBIR, and everyone that ever worked with Randy loved him. He was always ready with a smile, a joke, or a silly story. Even in the midst of an often stressful job, he was the calm in the storm that steadied those around him. He worked long hours, often spending the night in the satellite truck or on the floor of his office at the station. There were many times he was called in the middle of the night to get us back on the air if there was a technical issue. You could count on him for anything, and one of the most common phrases you heard at the station was "Ask Randy."

We will miss him.

Outside of work, Randy was devoted to his family--- his wife, stepsons, mother, siblings, nieces and nephews. He and the love of his life, Tanvia, enjoyed camping, going to bluegrass festivals, and spoiling their dogs.

Randy did more than listen to bluegrass. He was an accomplished bass player, and you could always find him playing with other musicians at various events in East Tennessee. He was also on the board of directors for his favorite radio station, WDVX.

He loved the Great Smoky Mountains, and spent weeks every year camping in Cades Cove, fixing up delicious meals for friends or anyone who happened by. We were particularly fond of his peach cobbler, which he served up on more than one occasion on a Live at Five at Four camping trip.

He and Tanvia were avid dog lovers. They had three very spoiled pups--- Hank, Argos, and Willie G.
But their furry brood was often added to by foster dogs, who they would love and care for until a permanent home could be found.

Randy was the epitome of Straight from the Heart.

WBIR-TV General Manager Jeff Lee said, “Randy kept the trains running on time. He was a steady man. Someone you could always count on to advance ideas into realities. Randy was a dependable leader and friend. He will be greatly missed.”

His Facebook page was filled with pictures and stories from friends and family all over the country.
You could see the impact he had on so many lives, both personally and professionally. We can't believe he's gone, but know the legacy he left will live on in all of us.

We send our love and our continued prayers to Tanvia and the rest of Randy's family.

The family will receive friends Wednesday from 5:00 to 7:00 p.m. at Smith Trinity Chapel in Maryville. The funeral service will immediately follow, with Bill Williams officiating. The graveside service will be at 11:00 a.m. on Thursday at Grandview Cemetery.