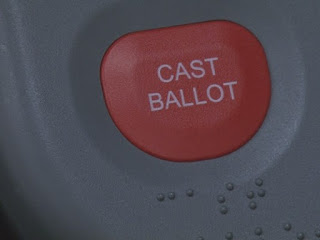 On the November ballot in Tennessee, Clinton, Trump and a number of independent candidates are represented, but there are also eight certified write-in candidates vying for votes.

Clifford Rodgers, Knox County administrator of elections, said anyone may write-in a name on their ballot when they vote, but only these eight candidates are eligible to be president.

"People all the time will write-in names," Rodgers said. "For example, they write in Chuck Norris or Peyton Manning or somebody like that."

Rodgers said the certified write-in candidates have registered with the state and established that they would like to serve as president.

"If Peyton Manning got more votes than anybody else," he said, "he can't win the election because he didn't ask us to count votes in that race."

If someone chooses to write-in a name that is not one of the certified write-in candidates, Rodgers said that person is not throwing away their vote because it will be counted, but that voter is choosing someone who can't win the election.

Valerie Hendrix, of Maryville, is choosing this election to vote for one of the certified write-in candidates because she did not feel like she could vote for the other options.

"I can't feel comfortable voting for Clinton or for Trump, and that's really the bottom line," she said.

Hendrix started researching alternatives to the major party candidates and found a name among the eight certified write-in candidates that she felt her matched with her political ideology.

"The point is I had to vote my conscience, and so that's what I am hoping to do," she said.

She said she will be casting a ballot for Evan McMullin after looking into his background.

Hendrix said she realizes she may be in the minority voting for a write-in candidate, but she hopes her vote will make a difference.

At the very least, she hopes it brings her peace of mind come election day.

"At least I've registered my vote," she said,"and maybe registered a little bit of a protest."
Posted by Mike Donila at 8:48 AM