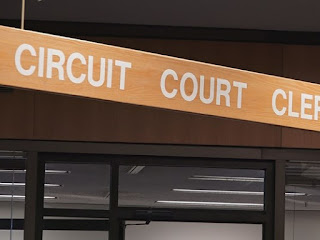 The Knox County Circuit Court Clerk’s Office has again failed to turn over any money to the county’s coffers – for the fourth year in a row and the fifth time in the past six years.

In fact, the county – as it closes its financial books on the recently wrapped-up fiscal year – even had to underwrite the overall operation for 2016 to the tune of almost $80,000.

That’s because the juvenile court, which is under the Circuit Court clerk’s purview, spent more than the office brought in.

Now, top county leaders say they are troubled about the office’s lack of finances, but question whether they can step in.

“There’s always a concern, absolutely,” said Knox County Mayor Tim Burchett. “If they don’t collect it, then the deficit is going to come from somewhere else. Either you raise taxes or you raise the base.
We’re kind of limited in local government. At some point it’s going to come from the taxpayers . . . it’s not going to magically appear.”

“They need to look at aligning their staffing with the revenue streams,” Smith told WBIR 10News. “This is supposed to be at least a break-even entity.”

The Circuit Court Clerk’s Office is one of five county fee offices. These departments are run by elected leaders and are supposed to be self-funded from the fees they collect. But, they also are expected to contribute to the county’s overall bottom line.

For example, whenever someone files a lawsuit in the circuit court, the plaintiff has to pay an upfront fee of $186.50. An adoption carries a $252 fee and name change runs $186.50.

Those monies first go to covering the salaries in the office and any excess revenue is turned over to the county.

That doesn’t happen often in the Circuit Court Clerk’s Office.

But, the office’s spokesman, Randy Kenner, said officials in the department are doing everything they can.

“I think the office is pretty well run,” he said. “I don’t think we have a lot of collections out there. We’re collecting the fees we’re supposed to collect . . . (but) there’s just not as much money as there once was.”

After spending months researching all the records available to me, I had decided that the primary reason I desired running for Circuit Court Clerk was to resolve these very issues. From all of the allegations of Ghost employees, to nepotism, employment of employees coming from her husbands title company, hiring of her nail technician provided me with more than enough to seek a better solution. With my years of business ownership, managing people, budgets and always being profitable I know that I can maintain this office under budget, and instead of being a liability to the county they will become a asset. http://Voteridings.com