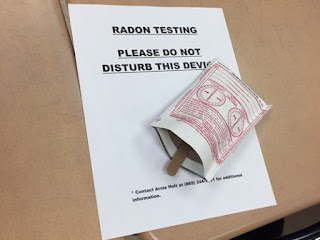 Knox County Schools is in the midst of a lengthy, systemwide radon testing program.

The system is testing dozens of buildings including more than 80 schools, according to system spokeswoman Carly Harrington.

"We will test all of our buildings over the next several years," Harrington told 10News. "Radon testing is just one of several environmental testing/maintenance initiatives in which we engage."

Radon is a radioactive gas that can cause lung cancer, according to the Environmental Protection Agency. Awareness and concern about its presence in homes and other structures have been growing in recent decades.

The EPA now recognizes that high levels have been found in a number of schools across the country.

A naturally occurring odorless gas, radon is ranked among the more serious environment health programs in the U.S.

EPA guidelines call for tests in all frequently used rooms at or below ground level. The agency also recommends testing during cooler months.

You can learn more about EPA guidelines on radon testing here.
Posted by Mike Donila at 6:17 PM