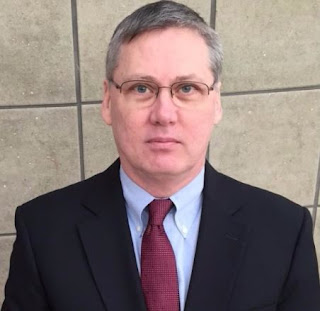 We did a short interview today with former state Rep. Harry Tindell who announced his intentions to seek a city on the Knoxville City Council. Tindell, a Democrat, served in the state House for 22 years before opting not to seek re-election in 2012. He served on the Knox County School Board from 1986 to 1990 before joining the Tennessee General Assembly.

Here’s a snapshot of the discussion:

Getting back into politics.

I served in local and state government for a number of years, but I’ve been out – this is the fifth year – but I’ve been watching and I have kind of a yearning to get back involved. I’m passionate about helping the community

On whether he has a specific platform.

I would say it’s two things. I am from the district . . . (and) I know the district very well. Two, the City of Knoxville is humming along at a really nice pace. Things are going good at Market Square, development, jobs, everything is going well here. What I say is that I’m not here to break the mold. What I want to do is build on the good things that we’re already doing – make it better, take it to the next level.

I think like all residents there’s some things you would tweak. Broadway – you can’t talk about it or all the north Knoxville arteries without talking about the traffic congestion. At some point, we’ve got to address that . . . . I want to talk to the residents and here what they have to say and take their views to the council as well.

On a tax increase.

I don’t think we need that in the present situation. Like I said, the city is well managed. They’re doing the things they need to do. I think you have to look at things as they develop but there’s no reason to raise taxes in the present based on what I’m seeing.

On development in the district.

I’m like everyone else. Know that if you drive to Turkey Creek you see a lot more choices of stores and restaurants than you do on this side of town, and I think the people over here deserve the same opportunities. Of course if the businesses are willing to come, we need to do everything we can to make Knoxville hospitable for businesses, so that we can grow the economy. I think downtown is a perfect example. Look at Market Square. You can’t get in a restaurant without a reservation sometimes. The movie theater was a big hit. We need to spread out from downtown and make the Broadway corridor, the Chapman High way corridor, Knoxville Center and all of Knoxville great.

Well, I won the elections, I didn’t lose them, so I think there was some level of support from the people in the community. And I hope people will recognize that experience might be valuable I this coming period. And I’m offering myself to the voters and hopefully they will see it and elect me to the council.

On moving from a state-held elected office to the local level.

I don’t see the City Council as a demotion as any stretch – it’s important, it touches the residents of Knoxville in a big way. There were times in the state House delegation  . . . I was the only one who had an all-city district so I have a real understanding and appreciation for what the city does for the residents. There’s an opening here and I think experience might be helpful for this present time.

On being a Democrat.

When you go to Nashville you pick a party . . . . The City Council elections have historically been absolutely non-partisan and people don’t talk about it that much. It’s about the people – it’s about the neighborhoods, it’s about the community. I can serve and represent Republicans Democrats and independents.
Posted by Mike Donila at 1:27 PM