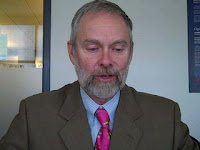 The rumors are trickling in.

With Jamie Woodson stepping down from her state Senate seat, some folks are already speculating about who will send an application to the county commissioners for a spot in the Tennessee General Assembly.

I got two quick calls today - right after Woodson made her announcement - that a fellow has been lobbying commissioners to appoint Dave "the commission's sharpest dresser" Wright (pictured above).

I'll let you guess who it was. The person lobbying for Wright, I mean.

So, I called 8th District commissioner and asked about the rumor.

"I hadn't thought about it," he said.

He started chuckling then added: "I'm really satisfied with where I am. I'm going to have to search out this person who told you that - the person who think I should be in Nashville. They're trying to get rid of me."

He then said "it would be a step up" for either state Rep. Bill Dunn and state Rep. Harry Brooks if one of them wanted a shot.

(Is he already lobbying for one of them?)

Of course, as Wright pointed out, Woodson's successor would have the seat for only a few months and then have to run in a special election.

It would certainly look awfully odd post-Black Wednesday for Wright to get the gig.

He is well-liked in East Knox County, though, but Woodson's district covers a lot more than that. A lot.

Still, I wonder if he could/would vote for himself?
Posted by Mike Donila at 2:48 PM

He couldn't vote for himself, even if he wanted to.

Actually he could vote for himself.

Actually, no he can't. The charter, in article II, sec D(4) says acceptance of a nomination by a sitting commissioner to a vacant office disqualifies that commissioner from casting a vote to fill that office...thus, a commissioner could not vote for him/herself.

The Knox County Charter says this? Do you happen to have a specific Municode link? I'm having a bear of a time finding what you're referencing.

(3)No vote shall be recorded in favor of any member of the Commission who has either declined nomination or has been otherwise disqualified.

(4)The acceptance of nomination by a member of the Commission shall automatically disqualify such member to vote to fill that office.

Thanks for the copy - the link, for some odd reason, takes me to a breakdown of the different Commission districts.

Just as well. Paul Pinkston was a MUCH sharper dresser on Commission anyway. The pencil-beard phase was outstanding. Made him look a good 20 years younger. Best tie collection of any politico I've ever met.

Including Rags. (Though that red tie with the white hearts Mikey had a time or two ago WAS kinda cool.)