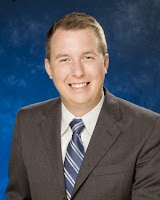 I just had a brief conversation with Frith, who is standing in for his old boss Greg Mackay (fired by the Knox County Election Commission on Friday).

He said that he hasn’t talked to Mackay nor does he plan to.

“It’s just not appropriate,” he said. “My job is to be focused on the next election and running this office and that’s it.”

He added that he does plan to apply for the job.

But, right now he’s “not hiring or firing anyone – that’s not my job.”

“I’ll work with the staff I have as long as I’m interim (administrator). That’s what I understand the charge (the election commission) gave me.”

He also addressed rumors that Mackay and he would switch jobs. In other words, Mackay would take his $83,000-a-year deputy administrator job and he’d take the $96,000 to $110,000 administrator job.

“Those are just rumors,” he said, again adding that he doesn’t plan to call Mackay. “Right now I’m focusing on the (upcoming City of Knoxville) elections.”

I asked about redistricting.

“Yeah, and redistricting and all the other duties of the office, too,” he added. “I’ve been focused on keeping us all focused on the job.”

He sure does like to use the word “focus.”

He said he also told the staff to “continue doing the professional job that they’re doing.”

“The most important thing is that I told them for the next week and a half or however long I’m the interim administrator, we need to keep the ship on course and that’s what I’m going to do.”

This guy is as phony as O'Connor's wooden-legged bible salesman. Don't turn your back on him, you'll find a knife sticking from it.

...says somebody, but no one knows who. Both classy and humorous. Way to go, Mr./Ms. Anonymous.

That having been said, I don't trust Frith either. Back during LRI, he had an annoying habit of asking a fair amount of detailed questions concerning my wife and where she worked at the time.

I wouldn't have thought much of it had Lockett not tried to do the same.

It's the cute little acronym we came up with while pursuing Lockett's recall. Shorter to type, and all that.